You are here: Home / Relationship Tips / Watching Movies Together Can Improve Your Relationship, Says Study

If you’ve been looking for a good excuse to cuddle up and watch romantic comedies with your guy, recent marriage research has given you a perfectly good excuse. 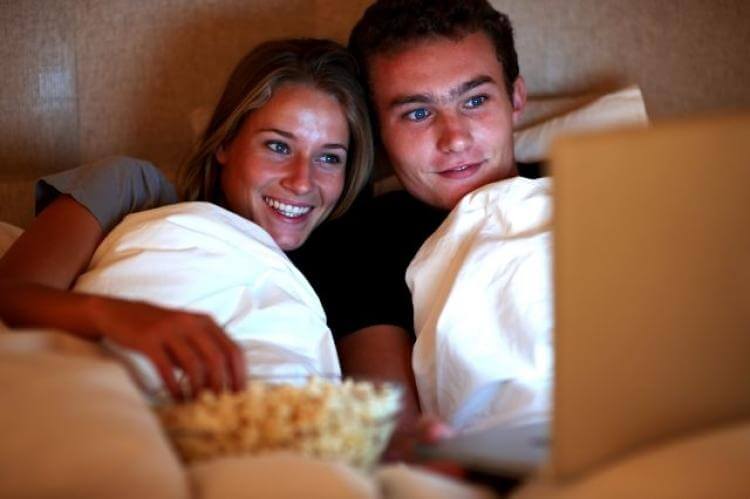 In a study out of the University of Rochester, a team of researchers surveyed 174 couples by randomly dividing them into three groups. The first two groups were given traditional couple’s counseling exercises to complete together: CARE and PREP. CARE focuses on acceptance and empathy training, while PREP focuses on communication style and conflict management.

The third group was given the task of watching one movie together each week together and discussing it. The movie-watching couples were given a list of more than 100 movies and a list of sample questions to get the conversation rolling.

The study, conducted over three years, found that watching movies and discussing the film’s relationships cut the divorce rate in half. That’s right, getting over hurdles in your relationship can be as easy as queuing up Netflix or buying a good DVD and enjoying one of your favorite movies.

One in four marriages ends in divorce after the first three years, so researchers decided to focus on that crucial time frame in their study. Thomas Bradbury, a professor of psychology and co-director of the Relationship Institute at UCLA who co-authored the study, explained, “relationship dissolution is front-ended, meaning that many rough patches show up in the first few years. The movie method proved to be successful in cutting divorce rates from 24 percent to 11 percent for the couples in the study.

The movie method participants attended a ten-minute lecture before starting the process in which they learned how to pay attention to movie couples and how to pay attention to their own relationship behavior. While the participants who were not assigned to the movie-and-talk group spent more than twenty hours meeting outside of the home with trained professionals, the movie-and-talk participants spent just four hours outside of the home with therapists.

The team of researchers was surprised that the movie method was actually working just as well as more skill-heavy therapy exercises such as CARE and PREP. “We thought the movie treatment would help, but not nearly as much as the other programs in which we were teaching all of these state-of-the-art skills,” said Ronald Rogge, associate professor of psychology at The University of Rochester and lead author in the study. “The results suggest that husbands and wives have a pretty good sense of what they might be doing right and wrong in their relationships.” 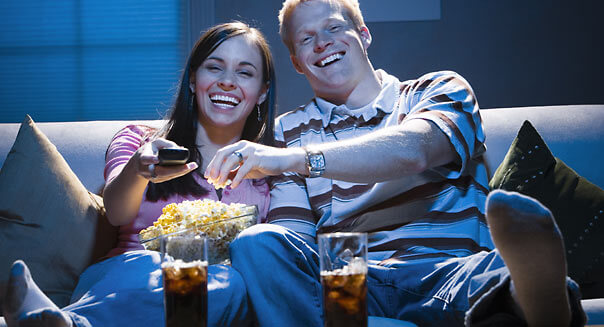 The list of movies suggested by Rogge includes everything from Hollywood classics such as The Thin Man, Gone With The Wind, and Funny Girl, to tear-jerkers like Love Story and Steel Magnolias, to your favorite modern romantic comedies like Sweet Home Alabama, The Backup Plan, and Wanderlust.

Some of the sample questions Rogge sent the couples home to talk about after their movie date was done included a focus on the couple’s problems such as, “What main problem(s) did this couple face?” and “Are any of these similar to the problems that the two of you have faced or might face as a couple?” Some of the questions dealt with how well the movie couple supported each other, like, “Did the couple have a strong friendship with each other?” and “Were they able to support each other through bad moods, stressful days, and hard times?”

“We don’t think it’s the movies that are the magic here. But, to strengthen your relationship, we actually think that it’s the time the couples took to spend together and focus on their relationship that mattered,” said Rogge.

So when you’re trying to think of date ideas for the weekend, don’t feel bad about choosing to stay in and give the movie-and-talk method a try.