You are here: Home / Bad Relationships And Problems / The Four Horsemen of the Relationship Apocalypse

The following article calls upon a euphemism from the biblical Book of Revelation, which has been popularized in modern times to signify “the painful end” of an era – in this case, an intimate relationship. It was written by Maureen Werrbach, MA, LCPC, who is a psychotherapist and owner of Urban Wellness, a group practice in Chicago, IL.

The beginning of a relationship is a lot like buying a new house. Everything seems terrific, and that initial excitement can last for weeks, months, or even years. But like any house that isn’t taken care of, eventually, your relationship may start to fall apart, leaving you wondering where it all went wrong.

Just as you can take regular care of your house in order to prevent it from falling apart, the same is true for your relationship. John Gottman, the renowned relationship expert, discovered four markers of relationship failure with 93 percent accuracy in predicting divorce. These four indicators, also known as the four horsemen, are criticism, defensiveness, contempt, and stonewalling. 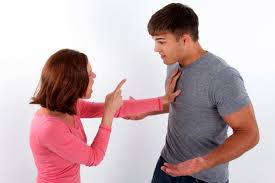 Criticism is the first horseman because it is the first behavior that is typically used in couples in conflict. Criticism refers to attacking one’s character or personality, rather than the behavior itself. “You are so lazy” is an example of criticism. Instead, using I statements such as: “It frustrates me when you don’t help out around the house,” targets your partner’s problem behavior without the use of criticism.


The second horseman is defensiveness. Becoming defensive is an easy behavior to engage in when in conflict. The problem with defensiveness is that once you engage in it, you naturally tune out what your partner is trying to say to you and begin making excuses, blaming your partner, and not taking responsibility for your part in the conflict. 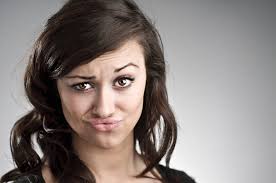 The third horseman is contempt. You know you are contemptuous when you show blatant disrespect for your partner by doing things like sneering, rolling your eyes, or using “humor” to down your partner. Try to be aware of your behaviors and understand what it is that you are really upset about and target that rather than using passive-aggressive ways to tell your partner how you feel. This can sometimes be hard to do, but it pays off!

The last horseman is stonewalling, and couples who regularly engage in this behavior are more likely to get divorced. Research shows that this is the most damaging behavior to engage in. Simply put, stonewalling is when you become non-responsive. 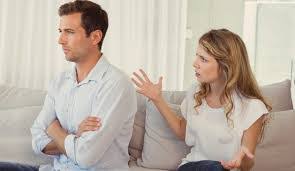 Men tend to stonewall because they become overwhelmed. Women tend to want to “talk it out” to a point of exhaustion, often prompting the partner to walk away, i.e. stonewall. When you stonewall regularly, you are pulling yourself out of the relationship, instead of attempting to work on it.


The key thing to remember is that all couples engage in criticism, defensiveness, contempt, and stonewalling at times. When you or your partner cannot engage in conflict in a healthy manner and use the four horsemen consistently, it is time to seek help in establishing healthy communication tools. A good rule of thumb is to remember the 5:1 ratio — five positive interactions to every one negative interaction.