You are here: Home / Archives for dating a narcissist

So if you’re a single man who is looking for a happy and lasting relationship then it might be a good idea to take note and know who to avoid. It may save you a lot of grief and confusion.

We’d like to share the following information from our friends at HookingUpSmart. The author of this article incidentally, is a woman.

How to Identify a Female Narcissist

A woman doesn’t need to have all 20 of these traits to make a lousy relationship partner. If you can check off even a few of these characteristics, you should head for the hills at 60 mph. The six traits related to physical appearance should be apparent immediately or within a short time of meeting.

Narcissistic personality traits can be difficult to detect at first. Narcissists always make a strong showing right out of the gate, and it takes time for them to reveal their negative qualities. They will only do so when feeling threatened or that they are not receiving “their due” in some way.

Based on the women of all ages I have known in my life, I think 10% is an accurate estimate of the number of narcissists in the female population. That’s a lot of women who could make you miserable if you’re not careful.

Please don’t date one. I beg you not to fall in love with one. And never, ever marry one. 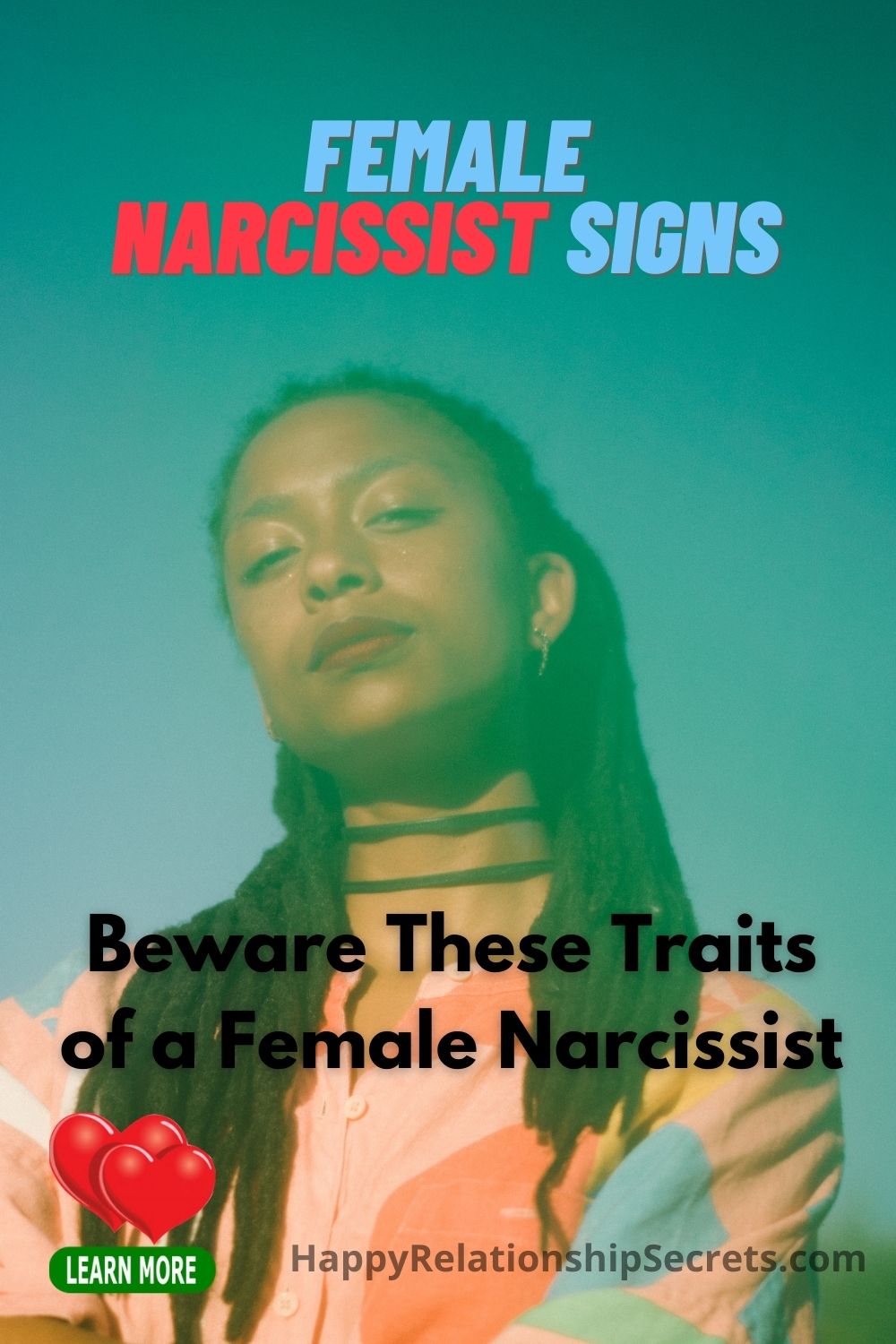