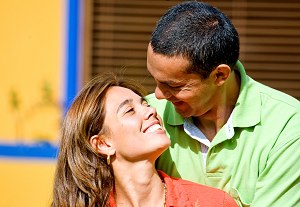 So how do happy couples stay in love forever? Are they just the lucky ones, or is there something more to it? It seems that these days, forever relationships are in the minority and I would like to suggest that this is because not many people have learned the secrets that happy couples know.

If you have sufficient interest to learn these secrets and enough internal strength to put them into practice, then even if your present relationship is on shaky ground, you can turn it around. Do these things and it’s quite possible that in time, you’ll be one of those couples that others will look at and just know that yours is one of those forever relationships.

Keys to a Forever Relationship

1. Be Realistic About It

Many people fall in love with “the idea” of someone and not with the person themselves. They mistake that initial attraction and infatuation that supercharged the initial romance, as being love. These people enter a relationship with an idea in their minds of who they want this person to be. While their hearts are befuddled by romance and physical intimacy, they are able to ignore those little things about the person that annoys them because they are so focused on how good having a boyfriend or girlfriend, feels.

But after a while, it all settles down and reality sets in. This is the point at which a relationship can meet a crossroads. Many will quit because their fantasy has not been realized. But those who are mature enough to realize that even a forever relationship has its ups and downs and that perfection cannot be expected – these people will remain committed and keep “putting in”. This brings us to our next point.

2. Work on the Relationship

Think of your relationship as being like a garden. If you don’t water and tend it, the plants will die. Relationships are no different. All couples will experience misunderstandings and differences, so it’s important that they are dealt with immediately. To do this, you need to be able to communicate with each other in an open and respectful way. You both need to make a conscious effort to understand the others’ points of view. To do this, try imagining that you were them in the situation at hand. Try and feel what they might be feeling. This is challenging but it can be done.

The bottom line is, that a forever relationship, like anything else you want to succeed with in life, has to be worked on. If you choose to neglect it, then like an untended plant, it is likely to deteriorate.

You may have heard the expression “quality time”. Our modern lives can be so busy that spending quality time with our partners can so easily be forgotten. But for it to be quality time, it needs to be more than just watching television together. Try to find things to do together that require interaction. Relationships that last forever are built on the solid foundation of a good friendship. So make time to be friends. Find things that you both like doing together – and do them! This will create a bond that you help you through life’s rough spots.

Even if you’ve been married for many years, never stop courting one another. Make time for romance and special occasions. Flirt with each other. Touch and caress one another like you did when you were dating. Keep the fire burning!

4. Give Each Other Space

It might seem like a strange thing to say after suggesting that you spend time together, but allowing each other your own separate interests and activities is also important. It allows you time to miss each other and remember how much you mean to one another so that you come back to each other feeling refreshed and ready to share your experiences.

Many couples often find that the very thing which attracted them to each other in the first place is what drives them crazy later on. But relationships are all about perceptions. Try if you can, to take another look at these differences and make an attempt to see them in a different light. Try to appreciate the differences and find something positive in them. See them as what makes the person interesting instead of annoying. Think of them as character building and complementary – something that contributes toward you being a great team. Enjoy the differences, don’t resent them.

6. Don’t Try to Change Each Other


One of the main reasons why many relationships break down is because one, or both of you, begin to feel that the other person needs you to be someone else in order to make them happy. This is a big turnoff! Instead, try to give one another more of what you know the other person wants, even if this goes against the grain. One sign of real love is to replace complaining about someone with acceptance of them just the way they are.

Don’t try to change them – try instead to change the way you see them. If for example, you don’t like how they never pick up after themselves, instead of criticizing and complaining, you have other choices to make.

If you choose number 3 above, you know that it will have serious consequences for the relationship, so most people choose the lesser evil and just criticize and complain about the person’s habits instead. This in turn leads to resentment and the criticized person shutting down on you.

But if you change your own approach and choose one of the other two options, you might be surprised at the result. If your partner knows that you like things tidy but you don’t criticize, they might even be inspired to make an effort, if for no other reason than that you have shown them that they mean more to you than your differences over this issue. You can transfer this example into any other area of difference that you can imagine. Do it and you have a winning plan!

7. Learn to Be Honest About Yourself

Many relationships deteriorate because we don’t have the courage to say what is really bothering us. Instead, we find a way to make it the other person’s problem. We create smokescreens, phantoms, straw men … all this because we don’t want to appear vulnerable. We don’t want to admit that we feel afraid, threatened, or unappreciated. But we are all human and need to own up to the fact that the problem is often within ourselves.

Express how a situation makes you feel. Don’t accuse or blame them for making you feel that way, but be honest enough to let your partner see that you are feeling vulnerable. This will empower them to want to take care of you and make sure that you’re okay. But be careful! Don’t over-work it because nobody likes a victim.

I once read an article by a divorce lawyer, about why relationships fail. Over 16 years in practice, he kept statistics and then ranked the 10 top reasons why breakups occur. Surprisingly, infidelity was down the list at about number 5, but the number one reason was lack of communication.

It’s so important that we listen to one another. Let them have their say without interrupting. When they’ve finished, summarize back to them what you understand them to mean. Then try and see if from their point of view, even if you don’t agree. This in turn will take them off the defensive and make it easier for them to listen to you and understand your perspective. It’s hard to argue with someone who you know wants to see your own position, unless you’re a narcissist of course, but then you have bigger problems.

If you want to enjoy a forever relationship, effective and productive communication is a must.

9. Be Honest With Your Partner

There will be times when you need to say things that your partner doesn’t want to hear. Do it kindly and honestly and without malice. Better this, than being deceitful and pretending that all is well when it isn’t. One of you will sense it, especially women who are naturally more intuitive. You don’t want to undermine trust, because once this is gone, it is very difficult to recover. The happiest couples are those who can be honest with each other about things that matter and feel comfortable and accepted in doing so.

10. Don’t Take Each Other for Granted

Now don’t imagine for a minute that the things that I’ve described above will be easy. They require conscious effort and work. But if you do them, you will be planting seeds that in time, will grow and blossom into the kind of forever relationship that others envy and admire. 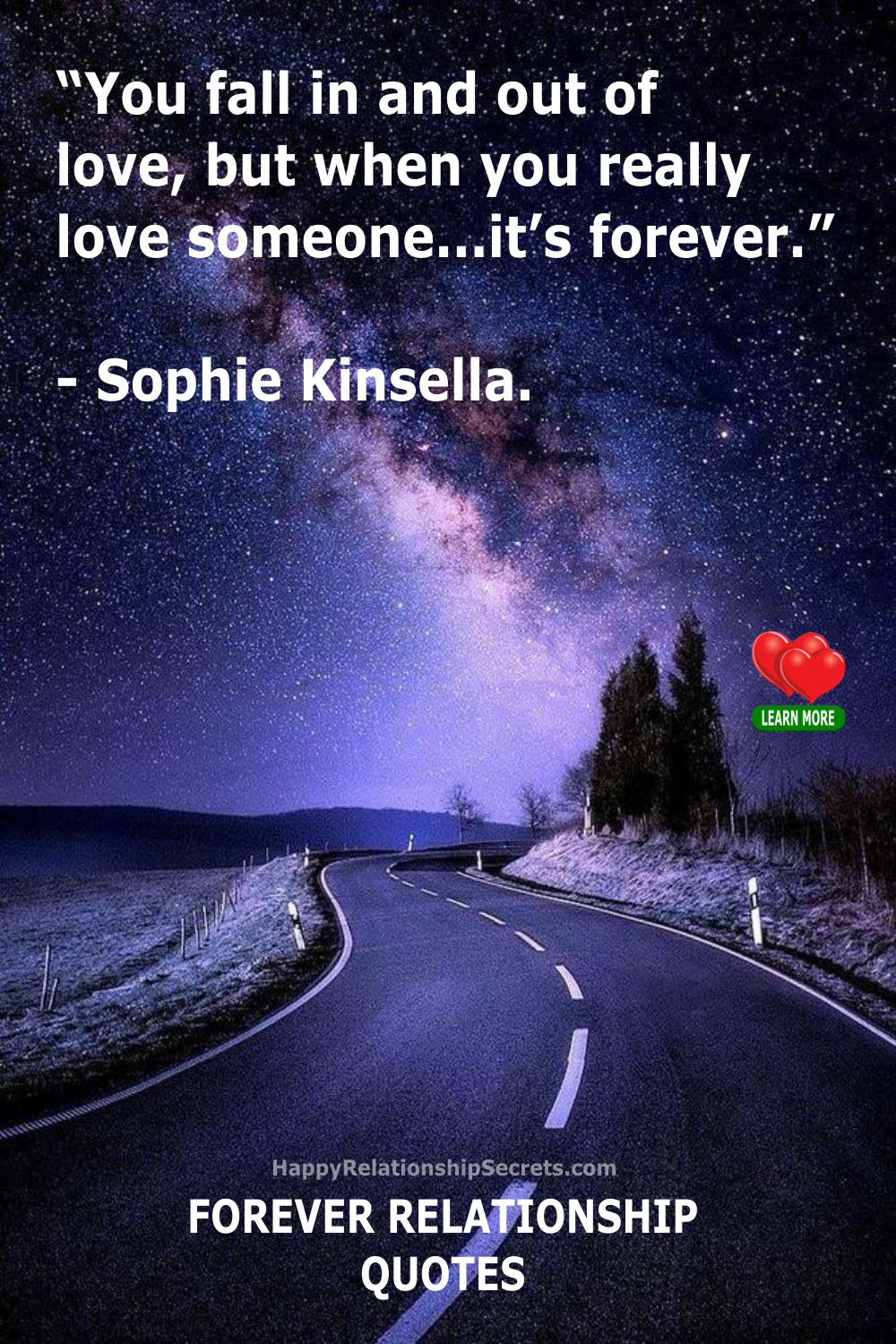