You are here: Home / Archives for bad relationship signs 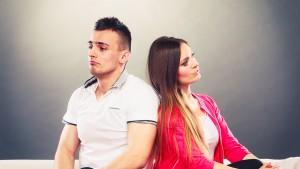 One of the first indicators of a bad relationship is that the couple doesn’t turn towards each other for any emotional support. There can be several underlying reasons for this, some of which may be psychological while others simply come back to basic incompatibility.

Couples who don’t turn to one another for emotional support typically always seek out other people first. It doesn’t matter whether the reason for seeking emotional support is because of a major decision, a traumatic experience, an argument, or even something trivial. The fact is, it doesn’t happen – and if this is you, then you will know it.

Turning to someone else for support before turning to your mate is one of the primary signs of a bad relationship and something that will never allow the relationship to grow. You will never feel the fulfillment that comes from relying upon each other and knowing that you’re receiving back as much as you’re giving out. You can’t become a good team.

This type of situation can easily be turned around, providing you’re both compatible enough to be able to communicate effectively. True, it will take some effort on both parties but if you want to have your relationship grow then you need to do something about this.

Another sign that your relationship may be bad is when one person says “no” but the other person does not respect it. It could be something as simple as saying no to a particular idea or decision. For example, let’s say that one person in the relationship wants to purchase a vacation package. The other person is of the opinion that you cannot afford it at this particular time. One week later the person who wanted the vacation package purchases it and tries to present it as a surprise gift.

This simple example shows a total disrespect for the person who said “no”. It’s important to note here, that the reason for the person saying “no” did not arise from some selfish or immature motive but was reasonable, logical, and in the best interests of the couple. But unfortunately, one of them did not respect the other’s feelings or choice about the matter.

3. Being in it For the Wrong Reasons

To me, this is one of the obvious signs of a bad relationship, but one which many people ignore. It happens when you get the feeling that the only reason why the other person is continuing the relationship is because of something superficial such as your good looks, your money, enjoying the physical intimacy, and so forth.

This is not real love.

It may appear to be love, especially if it is accompanied by grand gestures and apparent attentiveness, but it has no lasting substance. Don’t be deceived! Once the underlying reason for what looks like love fades, the true nature of things will begin to appear.

This type of unstable relationship will soon dissolve and it cannot be saved unless both of you can find a way to appreciate and value each other for who you really are – flaws and all. It can be turned around but only with a lot of communication and understanding and a mutual desire to grow together.

There are many reasons for a relationship to be bad and less than satisfying. There are, however, many successful solutions that can change a bad relationship into a good one.