You are here: Home / Relationship Advice / Do You Love Like an Adult or a Child?

You may have heard somewhere, how we fall in love in the Toddler brain but must stay in love in the Adult brain. The Toddler Brain, (structurally developed by age three) is impulsive, simplistic, self-obsessed, and given to power struggles: “Mine!” and “No!” In the most profound part of the Adult brain (structurally developed around age 28), we can regulate impulses, see other perspectives, and accurately analyze our own experiences and that of others. There we can plan, weigh evidence, make sound judgments, and build a life of value and meaning. 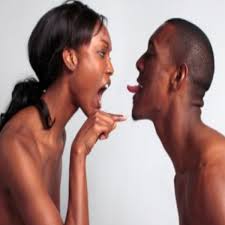 The Toddler brain coping mechanisms, invoked by habit under stress, are blame, denial, and avoidance. Every time we blame, deny or avoid responsibility, we reinforce Toddler brain dominance, which makes it impossible to achieve the kind of intimate relationships that most blaming, denying, and avoiding partners deeply desire.

Why Modern Intimate Relationships Are So Hard

One reason that love relationships are so hard is that falling in love is so easy. Powerful hormones and neurotransmitters heighten our senses, activate primal drives, and lower our defenses; to a large extent, they make us fall in love. Despite the enormous complications of modern relationships, the human brain really wants to love.

Alas, the biology that brings us together doesn’t keep us together. In fact, biology makes it difficult to live together in happiness for more than a few years. That’s probably because the biology of emotional bonding developed at a time when humans were tribal, not pair-bonded. Maintaining communal connection was more important to survival than sustaining intimate connection. The focus of two individuals on each other was to reproduce, not to build a life together as we now desire.

What’s more, emotions are stimulated by change, either in the environment or internally—thoughts, imagination, or sensations. When everything is the same—that is, familiar—emotion subsides. That’s how the bad gets bearable: People adjust to prison, deprivation, and discomfort once those horrific conditions become the norm. But it’s also how the good gets boring, once it becomes the norm.

Of course, biology is only part of the story. Social and cultural factors that at one time helped sustain long-term relationships have become a hindrance to them. For instance, marrying for love is relatively recent in human history. Up until a couple of hundred years ago, marriage was entirely a political, social, or familial arrangement. A higher authority would commit you to a union with a person you hardly knew. Sometimes you wouldn’t even see your betrothed until the wedding ceremony. (“Lifting the veil” was often the first time the partners were face to face.

Many people retain that tradition, along with not allowing the groom to see the bride on their wedding day, even when they’ve been living together for a few years.) So in the past, two people with very low levels of interest, trust, compassion, and love for each other agreed to form a union and build a life together. From such a low emotional starting point, there’s nowhere to go but up. In modern times, we start from very high levels of interest, trust, compassion, and love—unsustainable levels given the focus and emotional energy they consume. For us, there’s nowhere to go but down.

As the bond between them fades, the modern couple begins to experience guilt, shame, and anxiety. The loss of infatuation is typically the first crisis of love relationships, occurring by the second year of living together. If couples do not cope with this crisis in the more profound areas of their brains—the Adult brain—their guilt, shame, and anxiety turn into resentment, anger, and, eventually, contempt, and disgust.

An unforeseen but devastating pressure on long-term love relationships came from the precipitous decline of the extended family. As recently as a couple of generations ago, the nuclear family—two parents and children living alone together—was a rarity. Typically, grandma was upstairs, Aunt Sally was in the basement, and Uncle Fred was in the spare room. If they weren’t under the same roof, they were next door or across the street.

Extended families afforded couples much-needed support with children and finances. Nearly as important, members of the extended family were often emotional confidants for beleaguered spouses. Unlike their predecessors, couples trying to maintain intimate relationships now are quite on their own.

Other cultural changes in recent decades have increased the pressure on modern intimate relationships, but those do not include the breakdown of traditional gender roles as is sometimes mentioned in the press. Egalitarian behaviors have proved liberating and beneficial in love relationships. The more egalitarian—shared power, choices, and control of resources—the more likely relationships are to be happy.


Rather, the negative effects of cultural change come in no small part from the radical transformation of expectations that couples bring to committed unions, particularly over what intimate partners should do for each other. Family historian Stephanie Coonz has written two excellent books on the social and psychological changes of marriage, Marriage: A History and The Way We Never Were. She points out, for example, that women of a couple of generations ago would be appalled at the suggestion that they consider their male partners as emotional confidants.

Women of years past generally regarded their husbands as the last persons they would speak to about anything emotional. Only after testing the waters with girlfriends, sisters, aunts, and mothers might they mention emotional issues to their male partners. They simply did not believe husbands could understand the complexity of their feelings.

Of course, men can understand emotional complexity and couples can form a more perfect union, but only when the couple interacts from the Adult brain. When partners interact from the Toddler brain, neither has a chance of understanding the other. The painful disconnection that modern couples constantly deal with results from attempts to get their partners to do something—“meet my needs”—when they are both in their Toddler brains, where they’re incapable of helping each other, much less meeting their own needs.

The brain strings together a series of conditioned responses to forge habits, which are behaviors that run on autopilot—things we do without thinking. Much of what we do we do by habit. More pointedly, habits rule under stress, when the mental resources required for consciously decided behaviors are taxed. The extensive training for stressful jobs—from military service to air traffic control—is necessary to overcome the dominance of conditioned responses and habits under stress.

The brain’s default to past habits when things get tough presents a major problem in sustaining feelings of love, interest, compassion, and trust. Most of our emotional responses have been conditioned and shaped into habits before the profound part of the brain—the upper prefrontal cortex—is fully myelinated (on line).

Without the hormones and neurotransmitters of love overriding those habits (as they do when falling in love), we make the same self-centered mistakes again and again. Under stress, the less sophisticated part of the brain overrides the ability to invoke most of what we’ve learned about love and life.

Many of the habits activated under stress—blaming, yelling, stonewalling, or devaluing loved ones—violate our deeper values­­. To escape the guilt, shame, and anxiety that are unavoidable in violating deeper values, we employ the prefrontal cortex to justify, rather than correct and regulate toddler-like responses. Justifying behaviors that violate deeper values requires adrenaline, which provides temporary energy and feelings of confidence.

When the Toddler brain wants energy and confidence in the future, we’re likely to repeat the “justified” violation of our deeper values. That’s why we distrust people when they’re defensive—they seem to be justifying violations of deeper values. Our experience tells us that justified behavior is likely to be repeated. When partners justify devaluing each other, the relationship can only degenerate over time.

The great limitation of the human brain is its tendency to engage the emotional terrain of love relationships with feelings and behaviors conditioned in the part of the brain dominated by “Mine” and “No.” It’s a tendency that we must rise above to achieve a soaring love.

Soaring love transcends the limits of emotional habits and helps us become the most empowered and humane partners we can be. Soaring love builds a relationship based on desire rather than emotional need, on support rather than demands, and on enduring values, rather than temporary feelings. Soaring love nurtures individual growth and relationship harmony, much as musicians help each other in a duet. They practice their own instruments as much as necessary to perform well as a unit.

Only then do they fit their individual resonances together to accomplish something greater than they can on their own—harmony. Amid the sometimes raucous noise of modern living, soaring love reveals an ever so faint echo of what it means to be humane. 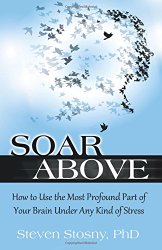 In Soar Above, renowned relationship expert Dr. Steven Stosny offers a ground-breaking formula for building new, pressure-resistant habits. Based on research in psychology, neurobiology, and anthropology, Stosny will show anyone how to switch to the most profound part of the brain automatically when things get tough.


Filled with engaging examples from his lectures and therapeutic work with more than 6,000 clients, he explains how to use two potent laws of emotional interaction – “reciprocity” and “contagion”- to inspire those around you, creating collaboration and community instead of chaos and confusion.