You would think it obvious that giving and receiving affection in relationships goes without saying. We know that our natural bodies cannot survive for long without essentials like food and water so we could ask the question – how long would a relationship survive without affection?

We all need to feel loved and part of this includes hugs and kisses, not to mention feeling the exquisite sensation of being softly caressed. When we receive affection from another human being, it has a bonding effect – and this is due to a little hormone called “oxytocin”.

Oxytocin is that “feel good” hormone that reduces cortisol (the hormone responsible for feeling stressed) and lowers your blood pressure and just gives you that general good feeling of well-being.

Some Benefits of Affection in Relationships

Studies have also shown that hugging boosts the immune system, eases depression and anxiety, and leaves you feeling less fatigued.

Now if you’re single, you might be thinking “where am I going to experience affection in relationships?” Well, there are answers. One would be, to join a social group that contains mixed members of both sexes and whose culture is “prone to hugging”. A social dancing group might be an example. I wouldn’t worry too much if you don’t think you can dance. I’ve seen people at social dances and you wonder why they do it.

But if you’re one of those people with two left feet, or just not socially confident, never fear, because you can achieve the same benefit you get from affection in relationships through hugging a dog or other warm furry pet – and they will love you for it too. 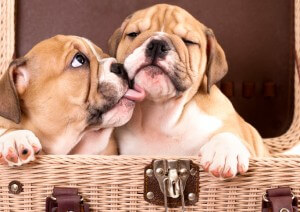 According to sexologist Gabrielle Morrissey from The Daily Telegraph, kissing is not optional if you want your relationship to survive.

She says “you need to kiss your partner every day for maximum relationship benefits, and three of those kisses need to be an extended passionate kiss. Researchers have found that seven seconds is optimal kissing time for a healthy relationship.”

Children shouldn’t be forgotten either. Other studies have shown that lack of affection in children leads to learning difficulties. Children learn to give what they receive. If you give them affection at home, not only will it boost their self-esteem but it will enable their ability to show love to others.

Examples of Physical Affection in Relationships

So how should affection be expressed? There are a number of healthy ways to show someone that you care about them. Below you’ll find a list of ways that many couples typically enjoy:

The above activities bring great satisfaction to those engaged in them. All your life problems seem to vanish away as you enjoy the euphoria of the moment – particularly if you’re passionately kissing and the kissing is very good. Other activities such as massaging (especially with candles, oil, and soft music) can be ways of experiencing that feeling of “togetherness” and it creates nice memories.


So if you want your relationship to grow and blossom, never neglect the opportunity to show affection to one another. You’ll be glad you did and the rewards, both for your health and a general sense of wellbeing, will be well worth it.